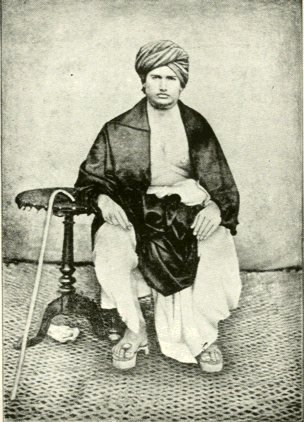 "I have not come to preach any new dogmas or religion, nor to establish a new order, nor be proclaimed a new Messiah or Pontiff. I have only brought before my people the light of the Vedic wisdom which had been hidden during the centuries of India’s thraldom."

“The world is fettered by the chain forged by superstition and ignorance. I have come to snap asunder that chain to set slaves at liberty. It is contrary to my mission to have people deprived of their freedom.”

"I believe in a Dharma based on universal and all-embracing principles which have always been accepted as Satya by mankind and will continue to command the allegiance of mankind in the ages to come. Hence it is that the Dharma in question is called the primeval eternal dharma, which means that it is above the hostility of all human creeds whatsoever."

“Though I was born in Arya Vartta (India) and live in it, yet just as I do not defend the falsehoods of the faiths and religions of this country, but expose them fully in like manner, I deal with the religions of other countries. I treat the foreigners in the same way as my own countrymen, so far as the elevation of the human race is concerned”.